While under an “On-Call” Consulting Engineer Services Contract for the Port of Los Angeles, Noble Consultants Inc. completed a feasibility study for improvements to the East Basin/Cerritos Channel Marina. The marina had been subdivided and leased by about a dozen commercial tenants. The tenants lease individual slips to boat owners and some also provide vessel maintenance. The marina grounds are in need of repair. Shoreline erosion is prevalent and many of the docks, piers, and buildings constructed at the water’s edge which have deteriorated beyond repair need replacement. To remedy the shoreline erosion problems in the marina and to accommodate deepening of the channel that affronts it (improvements under a separate project), the Port of Los Angeles anticipates redressing the shoreline with rip rap revetment. In question was the feasibility of working around existing tenants, including temporary relocations and closures verses buying back the remaining portions of existing leases and completing the shoreline improvements unencumbered by tenants. In short, the work performed by Noble Consultants, Inc. involved preparing planning documents to assist in the evaluation of tenant impacts on future marina shoreline improvements. To this end, preliminary shoreline improvement drawings were prepared for two alternatives as follows:

Alternative No. 2: Slope Redress And Stabilization Plan with Tenants

During an initial site reconnaissance survey, field data was collected and cataloged within the project area. The filed data and preliminary design drawings were utilized to form an opinion of estimated construction cost for each alternative.

Design progress submittals were completed at the 40% and 80% project stages, followed by a final submittal for drawings and opinion of probable construction cost. 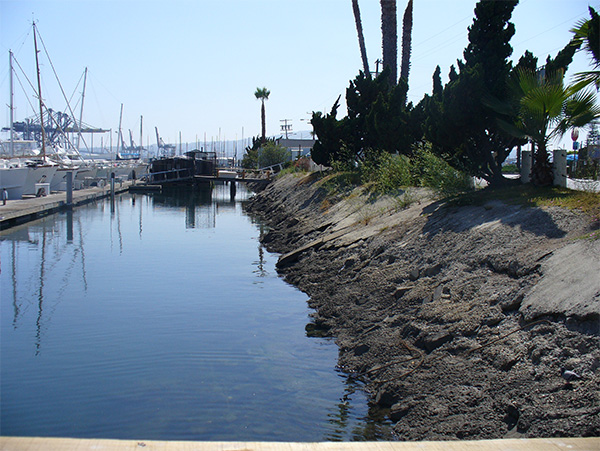 An existing concrete slope protection, fronting a residential development along the eastern river bank of the San Luis Rey River, immediately north of Murray Road, experienced severe undermining and damage during high river flow conditions due to insufficient toe depth. NCI’s scope of services included analyzing the river/channel bed hydraulic/erosional characteristics; performing the engineering design for an improved revetment structure designed to meet Standard Project Flood criteria; preparing construction drawings, specifications and contract documents; and providing full time resident inspection and construction management. The new structure consisted of 6,000 lineal feet of stone revetment, including filter rock and geotextile fabric, constructed on a 2:1 (h:v) slope that deepened the existing toe by 15 feet in vertical elevation. Damaged portions of the existing concrete protection were removed, and after reconstruction of the eroded river bank, the new stone revetment was constructed over the lower portion of the remaining existing structure. In addition, existing storm drain lines were improved as required. The contractor utilized a dewatering well point system in order to deepen the new revetment’s toe elevation. 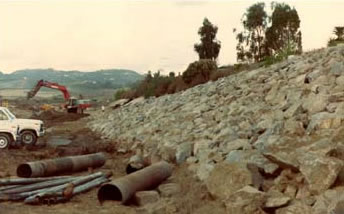 NCI performed the planning and engineering studies to develop alternatives for replacing a destroyed outlet structure and a damaged sewage pipeline, refilling and regrading the scoured creed bed, and repairing the eroded slope banks. The outlet structure, sewage pipeline, and creek bed and banks were damaged during the 1997-1998 El Nino season. A subsequent revegetation plan and monitoring program was also proposed to restore the biodiversity of the regraded creek bed and bank located within 300 feet upstream of the outlet structure. NCI assisted the City in applying the permits from various State and Federal regulatory agencies. NCI performed all the engineering, and prepared the plans, specifications, construction documents and cost estimate for this project. Construction support services were also provided. 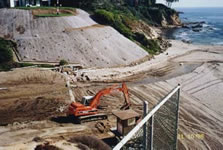 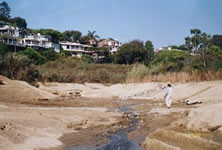 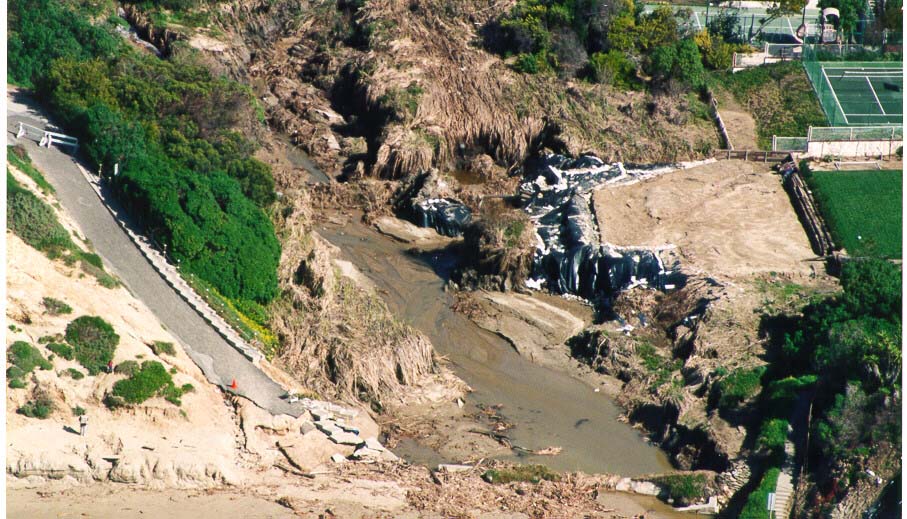 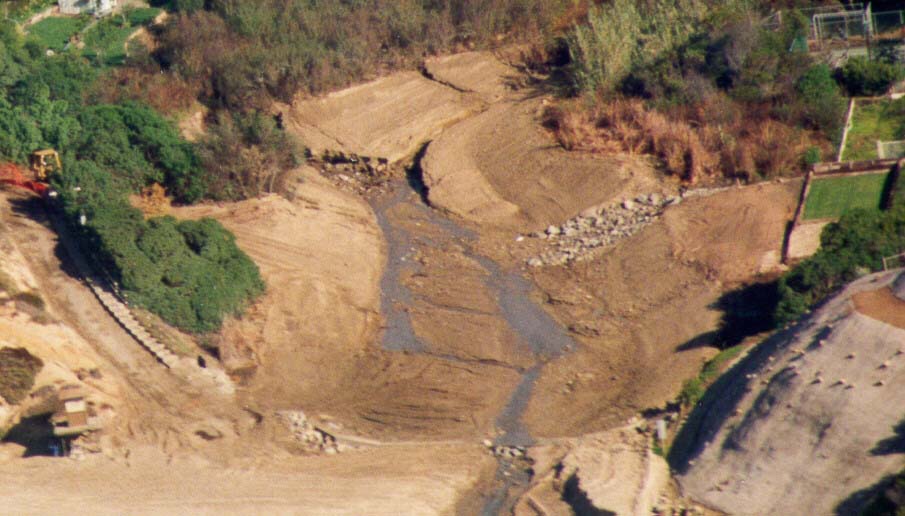