NCI is the project manager for overseeing offshore physical and biological field surveys to establish baseline environmental conditions approved by the EPA at LA-2, a permanent ocean disposal site in Los Angeles County and the to-be-designated LA-3 of Orange County and Los Angeles County. We have managed these physical and biological field surveys which consisted of collection of bottom sediments; sediment sampling for grain size, chemistry and bentic biology; conduction of a Sediment Profile Imaging (SPI) survey; performing other trawl collections for demersal fishes and epifaunal invertebrates; performing data analysis and validation; and preparing a sampling and testing report.

The ZSF analysis was also performed, based upon the economically feasible criterion, to determine the necessity of a new permanent ocean disposal site at LA-3 as well as the protected ocean disposal volumes in a single year for Los Angeles and Orange Counties. This ZSF analysis formed the basis to propose various alternatives related to the volumetric capacity at LA-3. Subsequently, the short-term and long-term fate of dredged material disposed at LA-3 and LA-2 was modeled to assess the potential environmental impacts to the surrounding bentic communities under the EIS process. In addition, all collected field data is being integrated via the Geographic Information System (GIS) to provide continuous project management. 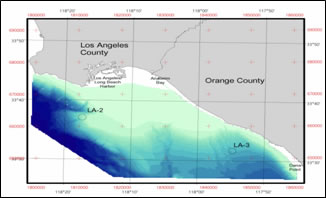 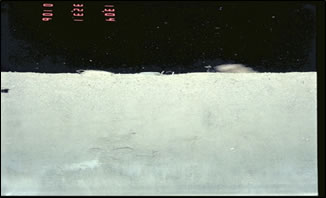