NCI performed a levee wave runup analysis to determine the Base Flood Elevation (BFE) for a proposed levee plan at Foster City, California. The engineering analysis that was performed in accordance with the Guidelines and Specifications for Flood Hazard Mapping Partners issued by FEMA included deduction of fetch-limited wind waves and wave runup analysis based on the extreme tidal stage and severe hindcasted wind waves generated in San Francisco Bay. Hourly readings of historical wind data for the San Francisco Airport from 1948 to 2004 were analyzed. The highest wave primarily generated by winds blowing from the northwest direction was estimated. Wave runups were predicted by using the FEMA wave runup model RUNUP2.0 for the highest wave as well as moderate waves that can be generated in the Bay. Consequently, the 1-percent annual chance Base Floor Elevation (BFE) at the project site was determined by including both the extreme tide state and the effects of wave action. 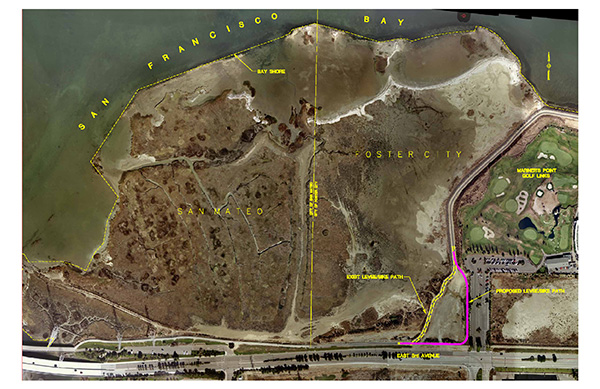